Genes load the gun but the environment pulls the trigger

Burningrey "This year, more than 1 million Americans and more than 10 million people worldwide are expected to be diagnosed with cancer, a disease commonly believed to be preventable. 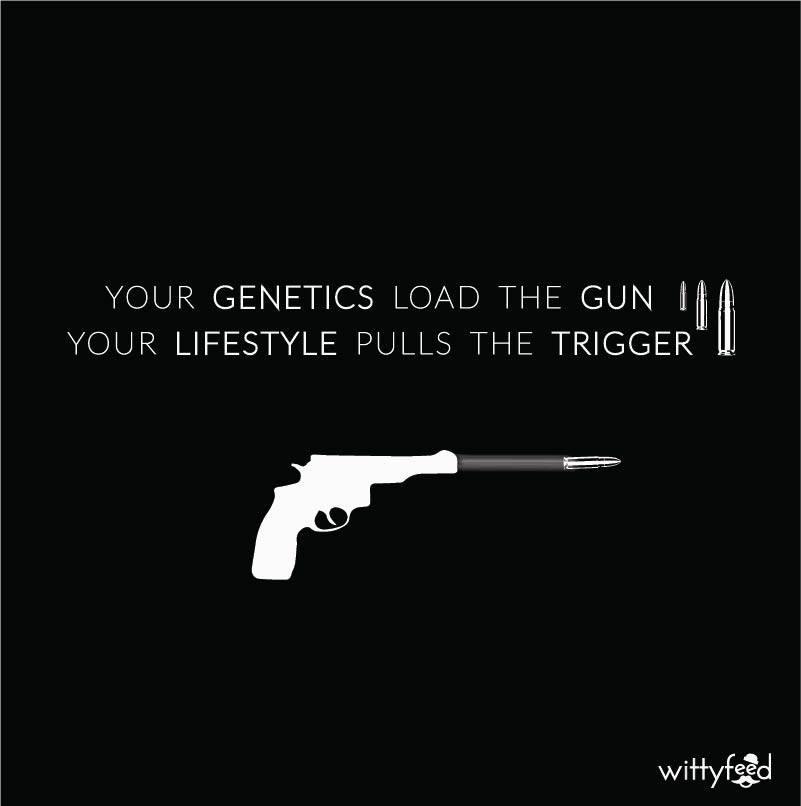 Long exposure at high iso. More than 15 years ago, at the start of my medical career and expecting my first child, the neurologist confirmed what the first clinician had suspected -- the tremor I had been experiencing over the preceding year was Young Onset Parkinson's Disease.

Life changed forever as I now faced a progressive neurological disease in my twenties. Soon after my own diagnosis, my father also received the same news. He too had Parkinson's, yet there was no previous family history as far as we could recall.

But still, genetics seemed to have loaded the gun; but what exactly pulled the trigger? More than likely, the exact reason I was challenged with this chronic illness at such a young age, will remain a mystery but I have my suspicions.

I grew up in Nova Scotia, Canada -- clean air, clean living. Or so I thought. In retrospect, we used a lot of pesticides on our lawn and in our gardens as was customary while I was growing up and our personal water supply came from a well.

Since pesticide exposure has now been confirmed as a risk factor for Parkinson's Disease, it makes me wonder about what toxins may have leeched into our drinking water, an exposure that may have "turned on" existing susceptible genes resulting in this disease.

The reality is that globally we have seen a rise in the incidence of genital malformations in baby boys, reduced sperm counts in young men, increased incidence of some adverse pregnancy outcomes such as preterm birth, a rise in neurobehavioral disorders in children such as autism and other learning disabilities, early puberty amongst our girls, and increased obesity and Type 2 diabetes rates.

Not to mention the worldwide increase over the past 50 years of malignancies such as breast, endometrial, ovarian, prostate, testicular and thyroid as well as childhood brain cancer and leukemia. If one looks at this increased rate of disease incidence over the past decades, it cannot be explained by genetic factors alone.

Reality is that adverse environmental exposures very often pull that proverbial trigger in a gun that may or may not be loaded by genetics. And unlike our genetic makeup, we do have some measure of control over what we bring into our lives.

We are now living in a time where our knowledge in this area of medical science has grown, as has the community of like-minded, health and environmentally conscious individuals; people that desire to optimize their own health and that of those they love.

In terms of exposure risks, they unfortunately seem to be higher in those most vulnerable, our children. When we have kids, we take on the commitment of providing them with healthy environments where they can grow and thrive.

We all know about blocking the stairs when they are first learning to walk, making sure they are buckled up in the car, holding their hands as they cross the street. But how many of us are aware of the toxic exposure that our kids are subjected to on a daily basis from seemingly innocuous products?

It seems like almost every day we hear of new issues arising pertaining to the safety of our food, our household cleaners, the dishes that we use and the soap that we wash with. The most common of items pose new hazards that but a short time ago, were standard and widely accepted as unquestionably harmless and a part of daily life.

But our trust in what is acceptable is actually exposing us to harm and those that are left in our charge, our children. Instead we need to question, to investigate the products we bring into our home and into our lives. What are the effects, both short-term and long-term of these chemicals that are so commonly used in this society?

Why is it that the incidence of pediatric cancer and asthma is increasing according to epidemiological studies? And most importantly, what can we do as individuals and a community to reduce the risk for future generations?

I am reminded of this responsibility each time I look at the healthy beautiful daughters that we are privileged to be raising. I know that we can't shelter our children from all possible risk, and certainly cannot change their genetic code but we can at the very least provide them with the best possible environment to give them a solid foundation of health and knowledge to face their futureSpecific genes, twin studies, biological changes at puberty, the media, sociocultural influences, familial influences and personality traits can all be linked to a stress vulnerability model and hence enforce the very idea that genes do indeed load the gun while environment pulls the trigger.

May 18,  · Genes Load the Gun, the Environment Pulls the Trigger: Obesity among Children and Adolescents in U.S. Schools Dr. Evelyn M.

Reid, Director, Kornblum Institute, School of Education, Webster University “When the world was a simpler place, the rich were fat, the poor were thin, and right-thinking people worried about how to feed the hungry. Genes load the gun, but environment pulls the trigger.

Don’t get me wrong—genes do have a powerful influence on our susceptibility to disease, and there are situations where information about your particular genetic make-up can be useful. Nurture, the Age old Debate – which comes first, the chicken or the egg? To this day I find myself amazed at how many family members of my clients suffering from an eating disorder arrive at my office doors frustrated and angry with the suffering person.

Your genetics load the gun. Your lifestyle pulls the trigger. - Mehmet Oz - BrainyQuote